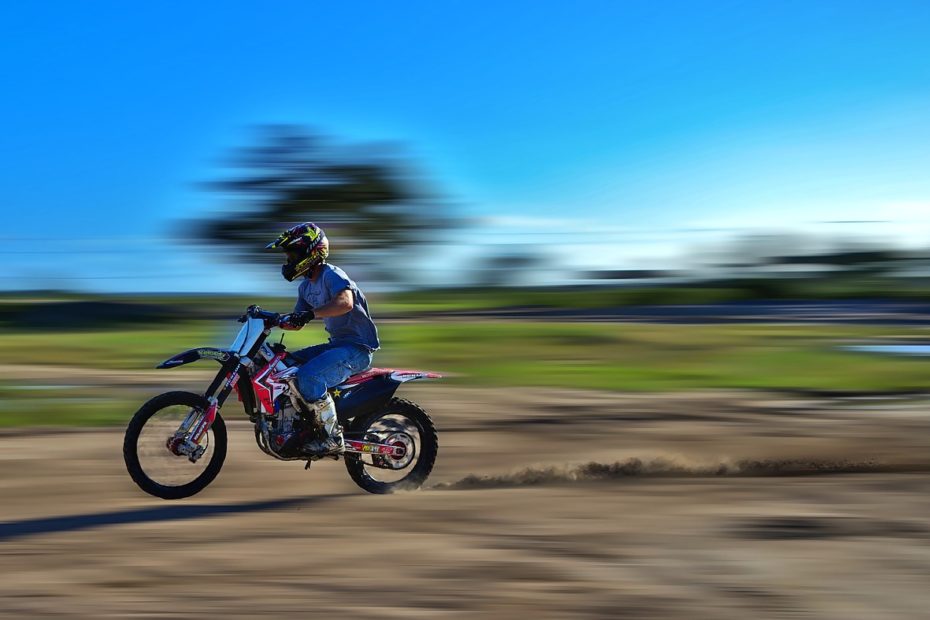 When it comes to dirt bike riding, speed and power are what matter the most aside from the other factors that may have an impact on your choice! Over the years, we’ve seen many dirt bike models become popular and then fade at once, or at least that’s what we think happens! However, as riders progress and start improving their skills, they become ready for riding more powerful models rather than 125cc engine bikes. Therefore, 125cc is the most preferred type of dirt bikes for beginners, and they’re going to remain as such due to their unique construction and the speed limit which meets every new rider’s preference!

A 125cc engine dirt bike can reach top speeds that range between 55 to 60 miles an hour(88kph to 96kph). All things considered, downhill road conditions and heavy riders can make the operating speed limit go beyond the above-mentioned range! For safety reasons, I wouldn’t recommend making your bike go faster than it was designed for, and considering the fact that 125cc is a beginner dirt bike, you wouldn’t even want to go higher than that until you learn a few basic tips and skills!

Different riders have different ideas and perceptions on what the average max speed for a 125cc dirt bike is, either way, suppliers are obliged legally to deliver that information along with the dirt bike so the customer knows what the limits are and what’s the most safe max speed to reach. Pushing your dirt bike’s engine to the maximum most of the time will result in engine failure, internal damage to the most sensitive parts, and maybe an undesirable impact due to the fact that the bike will be hard to control once it reaches top speed!

For those of you that are new to this, it’s important to note that four-strokes can vary greatly in terms of speed. Some four-strokes will allow you to reach an average max speed of 35mph, and some 4-strokes will allow you to go as high as 60mph, and that’s something you should be aware of before buying a dirt bike! You might be asking yourself, how do I tell which four-stroke is faster? Well, the answer is quite simple actually, the price plays a huge role here where the most expensive ones are the ones that usually go faster. However, that isn’t always true, in some cases you might be paying too much but still end up with a 35mph 125cc four-stroke dirt bike. Therefore, what I’d recommend to you is to check specs sheet from manufacturer’s website, or even try asking people that already own such a bike, and the best place for you to do that it’s either Reddit, or other social media platforms that you might be involved in!

This process is much simpler when it comes to two-strokes, and even though you might already know this, but two-strokes are actually way much faster than four-strokes, even with 125cc dirt bikes. With a four-stroke 125cc dirt bike, I’ve only been able to reach maximum 60mph, and that only lasted for a couple of seconds. but with a two-stroke 125cc dirt bike, I have been able to reach 100mph, and that makes a huge difference and sets a noticeable advantage between the two! However, most people don’t realize that reaching max speed and actually mantaining that speed for a prolonged period of time while riding can have a pretty bad outcome since the engine tends to blow up if you torture it with speed, bumpy trails, and rough turns! If you want to have a clearer visual about this, you might as well check out some videos on Youtube where you can actually see people trying to top speed and maintaining it for more minutes than suggested, you’ll pretty much see dirt bike’s engines failing!

How many seconds it takes to reach max speed?

Sometimes all we need is adrenaline, and considering the fact that you’re a dirt bike rider, adrenaline must be a daily dose for you, as it is for me! So, where’s the fun in it? Well, the answer is speed, speeding and reaching that top clocking is not only fun, but also an experience which elevated your mood to a whole new level. If you haven’t been on a 250cc dirt bike before, let me tell you that such bikes especially with manual control are way much faster and take only 4 seconds to reach max speed.

However, this is not the same case 250cc automatic bikes because the automatic transmission tends to stall and give you less control with speed. Meanwhile, it’s important to mention that it’s dangerous to try and reach top speed with bikes with manual transmission if you’re not an experienced rider, there have been cases where the engine fails or even blows up due to the heavy torture and inappropriate speeding and gear changing!To get a better idea of this, here’s a chart for some of the fastest dirt bike’s out there where you can clearly see the engine type, 4-stroke or 2-stroke, and the top speed in MPH!

Depending on the engine type and whether it’s a four-stroke or a two-stroke, reaching top speed can vary but it usually takes 4 seconds with 4-stroke manual transmission bikes, and about 7 seconds with bikes that have automatic transmission! Don’t get me wrong, I’m stating this based on the things that I’ve previously experienced and what I’ve tried. Although, some of the newer models are more sophisticated and complex which kinda allows the engine to reach top speed faster than that, while with some other weaker models, it can even take up more than 7 seconds depending on the power, engine, transmission, and whether it’s a four-stroke or a two-stroke.

How many seconds it takes for a 125cc dirt bike to reach top speed?

125cc dirt bikes are mainly made for kids and teens, but despite that, knowing more about your bike’s speed, how many seconds it takes to reach that maximum, and for how long can you maintain it will not only elevate your riding experience, but you will also get more familiar with the bike you’re riding, and that’s one of the most important things for a rider.

Not all, but the majority of 125cc dirt bikes can reach top speed in a matter of 4 seconds, which is similar to what we talked about above with more powerful bikes. When you first buy a 125cc dirt bike, the company selling you the bike will state that the bike reaches approximately 50mph, but that’s not the truth. From what I’ve experienced and seen from many other riders, 125cc dirt bikes definitely go more than that, but due to safety precautions, the manufacturer is obliged to tell you what’s safer! Remember, the faster the bike the more control you’ll need as a rider, so faster is not always better if you don’t feel confident with your level of skill.

As you can imagine, modifications are very important when it comes to increasing or decreasing speed! Although, most commonly people make modifications to increase the top speed of their dirt bike, and almost very few to decrease it. That being said, you should know that if you decide to increase your bike’s speed, you will have to consult with a mechanic or someone who knows how to do such modifications without messing up the rest of the parts. Assuming that you want to increase your bike’s average speed, you’ll have to be careful to not compromise the low-end torque acceleration, and to do that, you will start by replacing one bike’s stock sprockets!

This way, you can end up adding 5+ extra miles per hour to your 40mph dirt bike. Even though it might not seem as much, when you will be riding on the trails, you will definitely feel a noticeable difference in terms of speed. All and all, understanding how your bike’s sprocket gearing works will teach you how to effortlessly increase your bike’s speed without compromising torque acceleration. If you’re new to this, and you don’t really know what torque acceleration means, it’s what helps the bike to reach the average top speed in only seconds. I’m not really going to talk about modifications that can reduce your bike’s speed because it seems like something that not much people would be interested in, so in other terms, modifications can help you manage your bike to output a better speed limit and set you ahead of the other riders.

From what we talked about above, I think that you pretty much have an idea and know how fast can your 125cc dirt bike go. The average speed that such bike’s can reach is around 55 to 60mph, but as we mentioned, there are other factors that have an impact in this case, such as the terrain, downhill road conditions, modifications, and so on. If you are riding downhill, 55-60mph will not be the correct numbers to describe the speed limit, either way, you shouldn’t torture your engine heavily by going much faster than it’s stated. Other important factors that you’ll need to consider for reaching top speeds are sprocket gearing, engine size, and time trials. I hope this article was helpful, and by now I think that you have all the information you need on 125cc dirt bike’s, and how fast can they go!

previousBest Anti Fog MX Enduro Goggles in 2021
nextHow Much Does It Cost To Maintain A Dirt Bike? 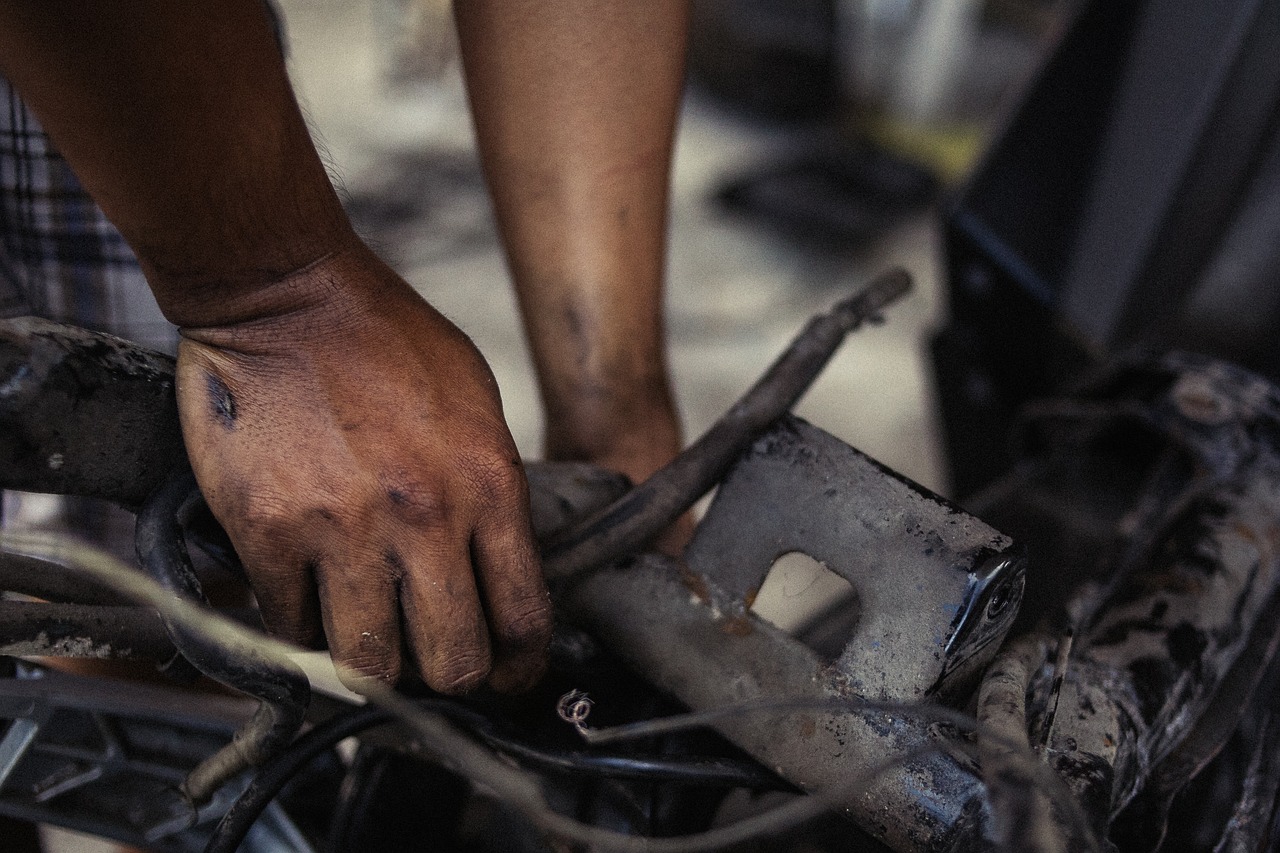 How Much Do Dirt Bike Mechanics Make?

Everyone has been to a point in life wondering what dream should they pursue, and what’s it going to cost pursuing it? Most of the…

Read More »How Much Do Dirt Bike Mechanics Make?

The costs of maintaining a dirt bike might vary, depending on what type of dirt bike you’re riding, a 2-stroke engine dirt bike or a…

Read More »How Much Does It Cost To Maintain A Dirt Bike? 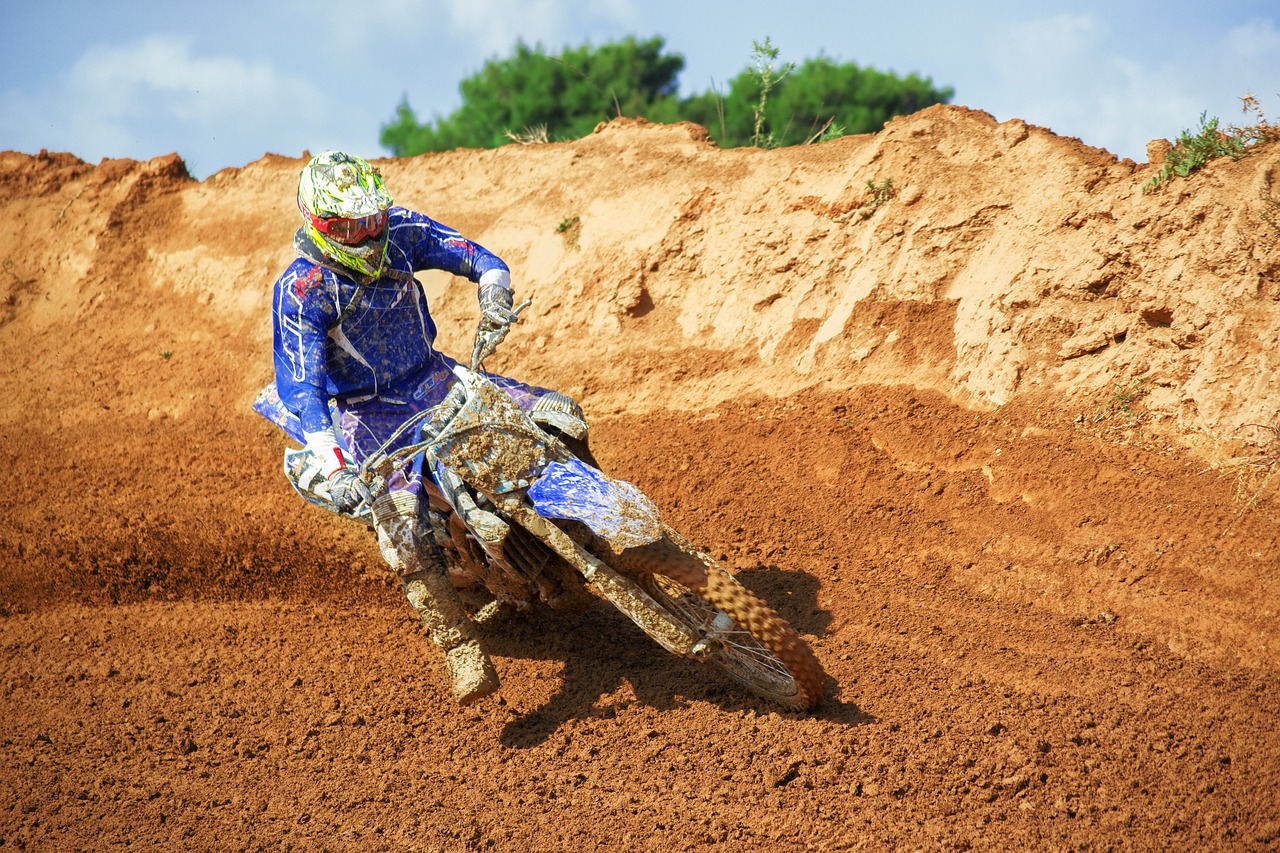 Even though I’ve been riding a dirt bike since forever now, when my son turned 7, I was still concerned about whether I should buy…

Read More »Is Dirt Bike Riding Dangerous And Is It Really A Family Sport?